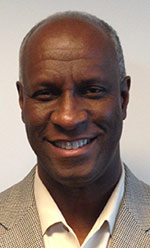 SOUTHFIELD — Robert Magee has been named executive director of the Engineering Society of Detroit.

Magee was named interim executive vice president of ESD last August and was named to the permanent post by a vote of the ESD board of directors, following a national search.

Magee is a veteran executive with 20 years of progressively greater responsibilities at AT&T Advertising Solutions. He worked for the telecommunications company as a general manager, regional vice president, Midwest sales vice president, and vice president of telephone sales, during a career that took him from his native Mississippi to positions in Dallas, Los Angeles, and finally, Detroit.

Magee is a 1980 graduate of the University of Southern Mississippi.

Founded in 1895 by a group of engineering students at the University of Michigan, ESD is a membership organization that provides continuing education, networking and leadership development opportunities to today’s working engineers, as well as to professionals in related technical and scientific fields, from information technology to construction management.