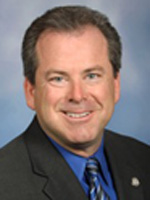 Frustration is the mildest term I can use to describe my feelings over what is going on with a little known, but expensive, add on to everyone’s auto insurance bills. Very few citizens are aware that they are about to get a 21 percent increase, $145 to $175, to their annual auto insurance bill.  Most citizens can’t do anything about this, but as a State Representative I am going to try to change this outrageous action by blowing some sunshine into this process.

The increase is brought to you by your friends at the Michigan Catastrophic Claims Association (MCCA).  Not familiar with the MCCA, don’t worry you are not alone and that is just the way the MCCA wants to keep it-unknown and hidden away.

The MCCA is an insurance fund that provides for the care of Michigan drivers who are catastrophically injured in an auto accident. The MCCA reimburses no-fault auto insurers for all benefits that exceed $500,000, spreading costs among all motorists since every Michigan driver is required by law to carry valid insurance. In theory, every year the MCCA Board reviews what they need to keep the fund solvent and then adjust the rate accordingly.

The MCCA Board is made up of representatives from the — drumroll please — insurance companies. Unlike most boards that have some public representation required, the MCCA Board is just a bunch of foxes watching over us chickens. I am reminded of what the “Saturday Night Live” church lady character used to say, “How convenient.”

It is estimated that there is currently $13.7 billion in the MCCA reserves and this fund grows every year. Unfortunately we really can’t say for certain that these costs are justified. The MCCA is not required to comply with the Open Meetings Act (OMA) and the Freedom of Information Act (FOIA). I have introduced legislation to require them to operate under OMA and FOIA, but they still languish in committee.

Why these huge increases in this charge that everyone has to pay?  Well, according to the MCCA they are needed to keep the fund solvent.  In fact, on October 11, 2011 the Michigan Association of Insurance Agents testified before the Insurance Committee on the financial stability of the MCCA and that they believe there is significant concern for the financial integrity of the MCCA.

Wait a minute, if the insurance agents are questioning the financial integrity of the MCCA and the public has no way of knowing what is going on because the Board acts in secret in setting these charges something must be done.

That is where I come in as a State Representative along with the several colleagues that have joined me in a Resolution I prepared calling for action. Here are several key portions of the Resolution:

“Whereas, These arguments for change are based on the belief that a financial emergency exists in the auto insurance industry and the MCCA; and”

“Whereas, Financial information regarding the MCCA is not public and these claims are impossible to verify; and”

“Whereas, Michigan’s Emergency Financial Manger law exists to theoretically assist institutions created by state statute suffering from a financial emergency and to help them get their finances in order; now, therefore, be it “

“Resolved by the House of Representatives, That the members of this legislative body call for a financial review of the MCCA by the Michigan Department of Treasury with the eventual outcome being the appointment of an Emergency Financial Manager to bring the MCCA back to sound financial health so that it can serve the catastrophically injured motorists that it was created to serve.”

We have all read about Emergency Financial Managers being appointed in communities across our state, but the MCCA impacts everyone in Michigan that has auto insurance. For that reason alone this should be a top priority for the State.  Since the MCCA is a secret organization and it appears they are in financial difficulty, it is incumbent on the State to step and correct this problem.

The MCCA is funded by the public’s money and yet rates are set behind closed doors. They hire their own auditors whose conclusions are favorable to the MCCA at the expense of motorists.  We are forced to pay this charge. We need to shine a light and open up this agency now that they are about to charge their highest ever annual assessment. All drivers deserve to know where their hard earned money is going.

I urge everyone in Michigan to take a moment to contact their legislators and let them know you are also frustrated, insert a stronger word if you choose, over this secret MCCA Board raising our insurance costs and it is time for an Emergency Financial Manager to be appointed to address this problem.