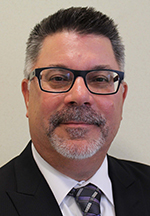 TROY — Tom Mittelbrun has been appointed as executive vice president of the Southeastern Michigan Chapter of the National Electrical Contractors Association.

Mittelbrun has served as the benefits director of the Electrical Workers Joint Board of Trustees since 1999. The trustees oversee benefits management for the signatory electrical contractors represented by the association and the members, retirees and families of the International Brotherhood of Electrical Workers, Local 58 and Southeastern Michigan Chapter of the National Electrical Contractors Association.

Mittelbrun was recently appointed by Gov. Rick Snyder to the Certificate of Need Commission for the State of Michigan. The 11-member commission regulates and balances cost, quality, and access to Michigan’s health care system. It also develops, revises and determines approval for Certificate of Need standards.

He began as a journeyman wireman graduating from the Detroit Electrical Industry Training Center while also completing his Bachelor of Science in Business Management from Oakland University.