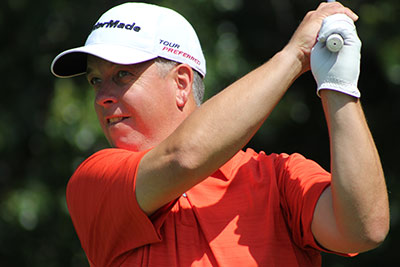 ADA – Egypt Valley Country Club will be the site of the Michigan PGA Professional Championship for the next two years, Kevin Helm, executive director of the Michigan Section of the PGA of America announced today.

The 94th Michigan PGA Professional Championship is scheduled for Aug. 17-19, and will be played on the Valley and Ridge courses at Egypt Valley, a 36-hole facility designed by Arthur Hills and celebrating its 25th year this summer.

“We are excited about Egypt Valley Country Club hosting the Michigan PGA Professional Championship in 2015 and ’16,” says Kevin Helm, the executive director of the Michigan PGA. “It is an outstanding facility with a rich tournament history and we are proud to add to that tradition.”

A field of approximately 140 Michigan PGA professionals will play in the 54-hole championship. The championship determines the top Michigan Section player, and top finishers qualify for the PGA Professional National Championship where they can earn a spot in the PGA Championship to play with the top golfers in the world.

The championship was played the last three years at Oakland University in Rochester Hills and has been played at many of the state’s top golf venues in its previous 93 years.

Scott Hebert, recently named the head professional at Traverse City Country Club, is the defending champion and expected to return to defend his title. He has won the championship seven times since 2006, just two short of the record nine won by Michigan golf legend Al Watrous. Brian Cairns of Fox Hills in Plymouth, the 2013 champion, and Ron Beurmann of Country Club of Jackson, the 2010 champion, are also expected in the field at Egypt Valley.

Janson, the owner of Hastings Country Club, is a four-time former champion who was the head golf professional at Egypt Valley and Green Ridge Country Club for more than 30 years. Green Ridge of Comstock Park was where the EVCC membership was first established as a club in 1931 with a purchase of the then Masonic Country Club. The Green Ridge site was sold for development in 1990 and the membership moved to the newly purchased site bordered by Egypt Valley Road in Ada Township.

Egypt Valley also hosted the Michigan Amateur Championship in 1994 and will again in 2017.