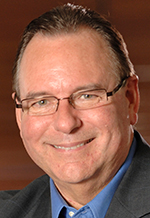 Stiles is a veteran in the fine dining restaurant world as he served in top executive positions for other high end steakhouses, namely Ruth’s Chris as its president and COO as well as Morton’s of Chicago as vice president of operations. Most recently, Stiles worked at Tidal Ventures to focus on restaurant consulting — specializing in the fine dining space of the industry. In March Bill Humphries, founder and president of Eddie Merlot’s, hired Stiles as an outside consultant to perform a three month study of the Eddie Merlot’s chain. Besides Bloomfield Hills, the restaurant has locations in Colorado, Ohio, Illinois, Indiana, Kentucky, and Pennsylvania.

Stiles has a Bachelor of Science degree from Rollins College, Winter Park, Fla.