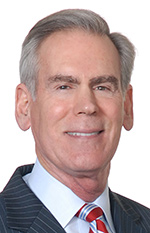 Frederick A. Fromm Jr. has been named senior counsel to the Detroit office of Dykema, a national law firm.

Perviously, Fromm served as vice president and general counsel of GM International Operations, based in Shanghai and then Singapore.

Before than, Fromm served as Associate General Counsel of GM, where he was responsible for the legal staff’s global process teams consisting of lawyers from each of GM’s four regions around the world. He also previously served as assistant general counsel responsible for legal affairs for GM North America.

Fromm, of Detroit, received a Bachelor of Science in Urban Planning from Michigan State University and his juris doctor from the University of Detroit Mercy School of Law.