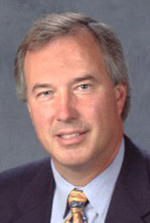 DTE Energy has named Renze Hoeksema as vice president of government affairs for the state utility.

Hoeksema, of Canton, founded the Campaign to Keep America Warm, and has chaired the Government Affairs Advisory Committees of the American Gas Association, Edison Electric Institute, and the Nuclear Energy Institute. He has served as chair of the Michigan Business Group in Washington, D.C., and serves as vice chair of the Nuclear Waste Strategy Coalition, on the board of directors of the Public Affairs Council, and on the advisory committee of Michigan’s Children’s Trust Fund.