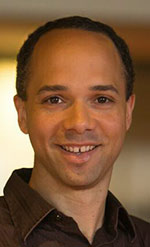 No stranger to the DSO, his relationship with the ensemble began long before taking on this new role. He performed with the orchestra in the flute section for two years as the African-American orchestra fellow and worked extensively with the Civic Youth Ensembles as a coach.

Thomason-Redus, of Grosse Pointe Park, comes to the DSO from The Sphinx Organization, where he served as director of corporate partnerships, responsible for regional, national and international corporate partnerships. Other management and artistic credentials include professorships at Wayne State University, the University of Wisconsin-Milwaukee, and the University of Evansville, Executive & Program Assistant for Early Music Now, and flute positions with the Central City Opera, Evansville Philharmonic, and the Hot Springs Music Festival.