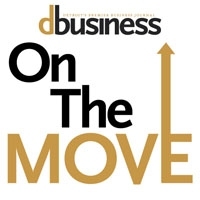 DETROIT — Dr. Curtis Ivery, Wayne County Community College District Chancellor, has been appointed to serve as a board member on the newly-created Regional Transit Authority.  Wayne County Executive Robert Ficano recently selected Dr. Ivery to represent the county on the 10-member board. The RTA is comprised of Macomb, Oakland, Wayne and Washtenaw counties and will coordinate existing transit networks, seek state and federal grants and implement a high-speed bus system connecting the region.

Over 30 individuals were recommended and considered for the position and in selecting Dr. Ivery, Ficano stated that he was an experienced individual who will bring “a strong commitment to regional cooperation on transportation.”

“I am honored to serve Wayne County and the entire region on this important and challenging endeavor,” said Dr. Ivery. “I look forward to collaborating with my fellow board members, the community, elected officials and many organizations as we build a modern public transit system that serves our citizens.”

The Regional Transit Authority is tasked with overseeing a proposed 110-mile Bus Rapid Transit system that would include 36 stops spread evenly between the member jurisdictions on four main corridors and run along Gratiot, Woodward and Michigan avenues and M-59 and would connect to Ann Arbor and Detroit Metropolitan Airport.