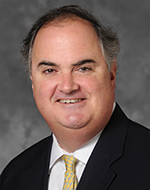 Douglas Marketing Group has appointed Sandy Hudson as the new president of its Detroit office.

As vice president, Hudson will be in charge of the activities at the Detroit office, staff supervision, business development, and community outreach.

Hudson received a master’s degree in health services administration from The University of Michigan and an undergraduate degree in political science from Union College in Schenectady, N.Y.