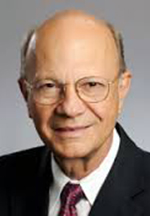 ANN ARBOR — A physician-scientist whose work has improved quality of life for tens of thousands of Parkinson’s disease patients is the recipient of the 2015 Taubman Prize for Excellence in Translational Medical Science, the University of Michigan’s A. Alfred Taubman Medical Research Institute announced.

Mahlon DeLong, M.D., professor of neurology at the Emory University School of Medicine, will receive the $100,000 prize in recognition of his contributions to the treatment of Parkinson’s disease.

DeLong is a key faculty leader of The Jean and Paul Amos Parkinson’s Disease and Movement Disorders Research Program. He also is co-director and founder of ENTICe (Emory Neuromodulation and Technology Innovation Center), whose goal is to foster advancement of neuromodulation and the development of innovative neuromodulation technologies for the treatment of neurological and psychiatric disorders.