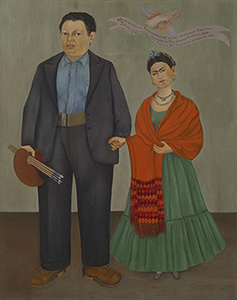 DETROIT — Today, the Detroit Institute of Art announced its art displays for the upcoming year. All exhibitions are free with museum admission unless otherwise noted.

Ordinary People by Extraordinary Artists: Works on Paper by Degas, Renoir and Friends

Edgar Degas, Auguste Renoir, and their “friends,” including Edouard Manet, Henri de Toulouse-Lautrec, Pierre Bonnard, and Edouard Vuillard, were not only celebrated 19th-century French painters but equally gifted draftsmen and printmakers. Well known as landscapists, these artists also produced portraits of family members, friends and, in some cases, famous people in everyday settings. Among the featured themes in this exhibition of pastels, etchings and lithographs are Degas’ ballet dancers and jockeys, Renoir’s children, Toulouse-Lautrec’s stage performers and Bonnard and Vuillard’s intimate interior scenes and cityscapes.

This exhibition is organized by the Detroit Institute of Arts. Support has been provided by the DIA’s Women’s Committee.

Photographs from the Detroit Walk-In Portrait Studio by Corine Vermeulen

Dutch-born photographer — now Detroiter — Corine Vermeulen was commissioned by the DIA to photograph Detroiters and share their stories about the city and their engagement and support of its diverse communities. She set up temporary walk-in portrait studios in various Detroit locations last year and photographed people from community organizations and independent neighborhood and social groups. Featured in the exhibition are portraits of Detroiters from Recycle Here, D-Town Farms, the neighborhood bicycling group East Side Riders and teens from Detroit Focus Hope among others. Participants were asked about their current and future vision of Detroit, and their responses will accompany their portraits in the exhibition.

This exhibition is organized by the Detroit Institute of Arts in collaboration with Corine Vermeulen. Support has been provided by public funds from the Consulate General of the Netherlands in New York.

Three of Luca della Robbia’s marble reliefs from the Cantoria (singing gallery) of Florence Cathedral are featured in this exhibition that illustrates the importance of music in Renaissance Florentine cultural life.

Commissioned in 1431, the Cantoria initially served as an organ loft. The 10 large reliefs illustrate the text of Psalm 150, which says “praise the Lord.” The three reliefs included in this show contain all the major features of the entire set. Young people sing, dance and play instruments with joyous and highly naturalistic abandon, providing a window into how music was performed and enjoyed at the time. The images are also highly idealized and symbolic, representative of heavenly musical choirs and orchestras that appear in paintings dedicated to the “Assumption of the Virgin,” to whom Florence Cathedral is dedicated.

No panels from Luca’s Cantoria have previously traveled to North America, nor have they been considered in the larger context of musical practice at the cathedral. To that end, the exhibition will also include three large illuminated cathedral choir books, as well as an elaborate 16th-century choir-book stand from the Florence Baptistery.

An exhibition catalog will be available.

The exhibition is organized by the High Museum of Art, Atlanta, in collaboration with the Opera di Santa Maria del Fiore, Florence, Italy. The exhibition is made possible by the National Endowment for the Arts. Funding for the conservation of the Cantoria has been provided by Friends of Florence.

The exhibition will explore the tumultuous and highly productive year that Mexican artists Diego Rivera and Frida Kahlo spent in Detroit, a pivotal turning point in each artist’s career. Between April 1932 and March 1933, Rivera created one of his most accomplished mural cycles — Detroit Industry — on the four walls of a centrally located courtyard at the DIA. At the same time and largely unnoticed, Kahlo developed her now-celebrated artistic identity. By including works before, during and after their time in Detroit, the exhibition also looks at the evolution of each artist’s career in relation to one another, a subject that has never been fully studied in an exhibition or catalogue. This is a ticketed exhibition.

Rivera’s epic preparatory drawings for Detroit Industry will be the centerpiece of the exhibition. Not shown for almost 30 years, these magnificent works demonstrate Rivera’s sweeping narrative ambition, envisioned as a synthesis between Mexico’s spiritual values and United States industrial might. The works Kahlo created in Detroit will be shown for the first time in this city and will reveal the emergence of Kahlo’s shockingly personal, self-revelatory art style.

Rivera and Kahlo had contrasting approaches to the confluence of Mexican and United States concerns, as seen in Rivera’s drawings and Kahlo’s Self-Portrait on the Borderline between Mexico and the United States. A convergence of dramatic energy and ideas existed between Rivera’s grand conception and Kahlo’s tortured personal testimonies. They were both fascinated with the enterprises of Henry Ford. Ford Motor Company’s then state-of-the-art River Rouge plant is the subject of Rivera’s Detroit Industry frescos, and one of Kahlo’s most poignant paintings, Henry Ford Hospital, portrays a deeply emotional event she experienced there.

The period prior to artists’ time in Detroit will be anchored by Frieda and Diego Rivera, Kahlo’s great double portrait of the newlywed couple, and Rivera’s ravishing Flowered Barge that reveals his adoration of Mexican life. Among works in the post-Detroit section are Kahlo’s Self-Portrait with Cropped Hair and Self-Portrait with Monkey, paintings in which her face became the centerpiece of her imagery.

Along with approximately 70 works of art, the exhibition will examine the economic conditions of the era, the industrial life of Detroit and its workers, and the controversy that surrounded the murals.

A catalog will accompany the exhibition.

30 Americans is drawn from the acclaimed Rubell Family Collection based in Miami. In describing the origins and development of the exhibition, Don and Mera Rubell state: “As the show evolved, we decided to call it 30 Americans. ‘Americans,’ rather than ‘African Americans’ or ‘Black Americans,’ because nationality is a statement of fact, while racial identity is a question each artist answers in his or her own way, or not at all. And the number 30 because we acknowledge…that this show does not include everyone who could be in it.”