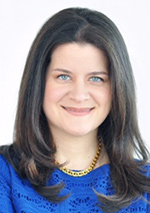 The Detroit Institute of Arts has named Eve Straussman-Pflanzer as head of the European art department and Elizabeth and Allan Shelden curator of European paintings.

Straussman-Pflanzer comes to the DIA from Wellesley College, where she is assistant director of curatorial affairs and senior curator of collections at Wellesley’s Davis Museum.

Straussman-Pflanzer, of New York, previously held positions at the Metropolitan Museum of Art in New York and the Art Institute of Chicago, where she researched and published on European painting and sculpture from the Renaissance to the 18th century. In Chicago, she curated the exhibition “Violence and Virtue: Artemisia Gentileschi’s ‘Judith Slaying Holofernes’” as well as installations on Ludovico Carracci and Picasso’s relationship to Spanish Golden Age painting. She also taught courses on early modern art at the School of the Art Institute of Chicago and the University of Chicago.

At the Davis Museum, Straussman-Pflanzer led the curatorial team and organized special exhibitions, including “Figment of the Past: Venetian Works on Paper,” “Hanging with the Old Masters” and “Warhol@Wellesley.” She also shepherded the reinstallation of the permanent collection and is curating the first monographic exhibition in America on the Florentine 17th-century painter Carlo Dolci to open at the Davis in February 2017 with a second venue at the Nasher Museum of Art at Duke University in Durham, N.C., later that year.

Straussman-Pflanzer earned her Bachelor of Art from Smith College and her Master of Art and Ph.D. from the Institute of Fine Arts, New York University.