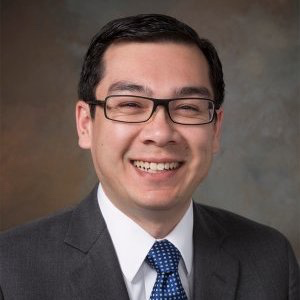 “Dr. Dentel’s training has been of the highest caliber, and he is a genuinely sincere, compassionate, and thoughtful physician who joins Children’s Hospital of Michigan with the highest recommendations,” says Luanne Thomas Ewald, CEO.

“Being back in Michigan and in the Detroit area is very special to me,” says Dentel. “My hope is to make a difference in this community. I want to be part of the team that provides the best care to pediatric patients day in and day out, as well as to be a support and resource for the families and patients.”

“We are confident Dr. Dentel will make a wonderful addition to our cardiovascular surgical team as he demonstrates the kind of personal attributes that are valued and exemplified by all of the staff at Children’s Hospital of Michigan,” says Henry Walters III, chief of pediatric cardiovascular surgery.