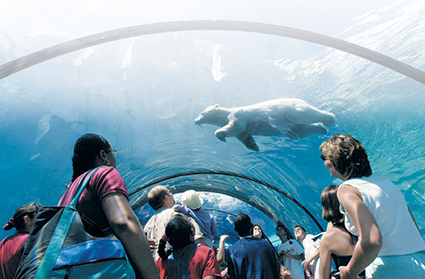 The Detroit Zoological Society has received an “exceptional” designation after earning the highest possible rating — four out of four stars — for the fifth consecutive year for sound fiscal management and commitment to accountability and transparency from the nation’s largest independent evaluator of nonprofit organizations.

The top ranking places the the zoo among only 6 percent of charities rated who have received at least five consecutive four-star evaluations, indicating that the zoo outperforms most other charities in America. Charity Navigator monitors 8,000 charities annually.

“This ‘exceptional’ designation from Charity Navigator differentiates the DZS from its peers and demonstrates to the public it is worthy of their trust,” says Michael Thatcher, president and CEO of Charity Navigator.

The four-star rating indicates a charity adheres to good governance and other best practices that minimize the chance of unethical activities and consistently executes its mission in a fiscally responsible way, according to Charity Navigator. The zoo has earned this rating six of the last seven years.