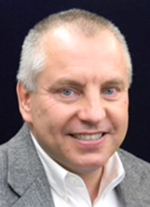 In his new role, Banach will serve as a member of the executive management team, sharing responsible for leadership and development of the organization’s capabilities.

Banach’s experience in the financial industry spans nearly 30 years including most recently as CFO of James Group International where he oversaw six operating units including planning, accounting, reporting, treasury, tax, and risk management, as well as leading the organization through several new business quotations and the launch of a new joint venture. Prior to that position, he served as vice president and CFO of Dürr Ecoclean; director of finance, corporate secretary and treasurer at Valenite LLC; and controller at Visteon Corp.

Banach, of Ypsilanti, earned a bachelor’s in accounting and an MBA from Eastern Michigan University.