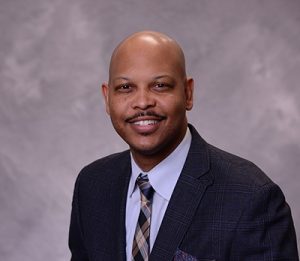 In partnership with the Detroit Police Department, Detroit PAL provides athletic, academic, and leadership development programs for more than 14,000 Detroit youth each year. It also trains and certifies more than 1,800 volunteers each year to become coaches and mentors to participants. The nonprofit is celebrating its 50th anniversary this year.

“(Detroit PAL) has been a pillar of the Detroit community since its inception 50 years ago, and it is my great honor to continue to build upon the solid foundation set forth by Detroit PAL’s leadership team,” says Jamerson, a former PAL participant.

While in the program, Jamerson was coached and mentored by Hall of Fame athletes and coaches Ron Thompson, Eddie Rachel, and Greg Carter.

Jamerson is a Northwood University graduate, having an associate degree in accounting, a bachelor’s degree in marketing/management, and a Master of Business Administration.