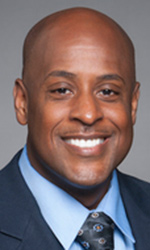 Eric Jones has been named as interim fire commissioner for the City of Detroit’s fire department.

Jones will leave his post as director of the Building, Safety Engineering & Environmental Department, where he has served for the past 16 months. Jones was also the architect of the city’s graffiti-enforcement program, which has resulted in illegal graffiti being removed from hundreds of buildings across the city.

Previously, Jones served as second in command of the Detroit Police Department, overseeing all patrol, investigative, and specialized units within the department. He was responsible for developing data-driven deployment strategies to address crime trends in their early stages. Jones retired from police department after a 25-year career.

Jones earned his law degree  at Wayne State University.  He is a licensed attorney admitted to the State Bar of Michigan and the Federal Bar, Eastern District of Michigan.