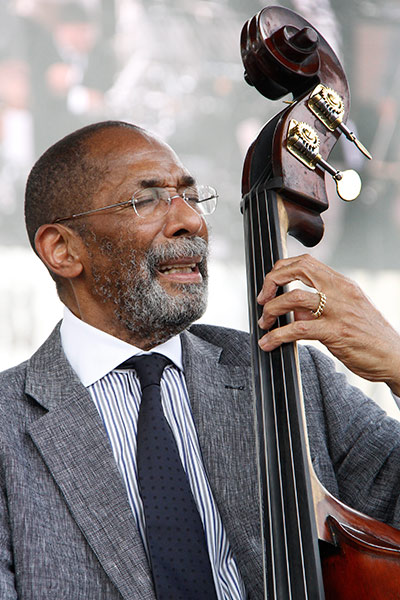 The lineup is the culmination of the festival’s commitment to bringing a diverse and unique group of jazz musicians to downtown Detroit to deliver a collection of performances that includes a Homecoming Series with Detroit natives, exciting new artists, legends and student groups all connected around special custom programming and unique musical experiences that cannot be seen anywhere else in the world

“Detroit is a place filled with soul, culture and creativity, and we have a great legacy of jazz here. Our Festival — the world’s largest free jazz festival — truly showcases what makes our city special,” says Gretchen Valade, chair of the Detroit Jazz Festival Foundation board of directors. “Being part of the Festival since its inception, it has been rewarding to watch it grow and become an event that is woven into the fabric of the Detroit and Jazz communities. We’re looking to add to its legacy with another collection of unforgettable performances this year.”

To help add to the festival lineup and showcase talent that may otherwise go unnoticed, the Detroit Jazz Festival hosts annual jazz competitions. Musicians from metro Detroit and across the globe are encouraged to participate. This year, jazz guitarists who embody Detroit’s jazz scene and offer an original sound can submit recordings for a chance to perform at the Festival as well as earn monetary prizes. Guitarists will be evaluated on overall artistry and musicality, creativity, craftsmanship and depth of vocabulary. Applications must be submitted by July 17.