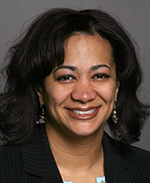 Anika Goss-Foster has been named the new executive director of Detroit Future City, as the organization becomes an independent, non-profit entity. The organization It coordinates strategies, actions, and resources to catalyze long-term revitalization for the City of Detroit.

Goss-Foster, a Detroit native, has more than 15 years of leadership in national and local roles in community development and non-profit management. She was chosen after an extensive nationwide search.

Goss-Foster has worked at the Local Initiatives Support Corp. In her most recent post as vice president of the Midwest region, she provided strategic and technical support for seven the company’s offices in cities across the Midwest that are engaged in resident-led, comprehensive community development. Prior to this role, she served as vice president of sustainable communities, where she supported 16 local offices’ efforts to implement comprehensive community development strategies as part of LISC’s Building Sustainable Communities program.

Her experience in Detroit began with LISC as well, where she served as the organization’s Detroit program director. She was noted for several major achievements while in this position, including managing a $40 million community development campaign, and designing and leading the campaign for the city’s first Land Bank Authority.

Goss-Foster has also worked for the City of Detroit as its director of philanthropic affairs and executive director of the Next Detroit Neighborhood Initiative which launched initiatives in six neighborhoods to improve city services and attract philanthropic investment.

She earned a degree in sociology and African-American studies from Purdue University and a Master’s in Social Work from the University of Michigan.