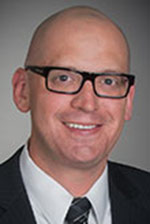 Hee is responsible for overseeing all corporate attraction, retention and expansion efforts for the organization, and for bringing in new investment and business opportunities to the city of Detroit.

Chapa previously served as economic development project manager for the city of Mesa, Ariz., and prior to that as vice president, economic/rural development and vice president, business attraction for the Arizona Commerce Authority. In his career, Ken has helped deliver $600 million in economic investment.

In addition to Chapa, Regina Bell was hired as special adviser to the CEO. Bell has extensive public policy experience, working for the governor of Michigan and in other posts. Most recently she served as director of community- based initiatives for Digerati and as executive director for Intern in Michigan.

Virginia Wilkinson was also hired as director of strategy and research. Wilkinson has substantial planning and analysis experience in demographics, urban policy, natural resources and sustainability, with a specific interest in social and economic equality and mass transit.