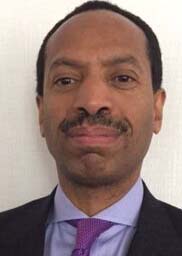 Chapman, a former deputy city manager for economic development and housing for the city of Norfolk, Va., has over 20 years of economic development experience. He launched a campaign that helped bring 3,000 financial services jobs to Norfolk. Most recently, he directed the expansion and retention efforts in Norfolk targeting global health care and pharmaceutical firms.

In his new role, he will be responsible for the overall business development of The Detroit Economic Growth Corp., including small business support, managing the current companies in Detroit, and attracting new businesses from around the country and world to invest and create jobs.

Chapman,who will be moving to Detroit, earned an undergraduate degree in English literature from Wesleyan University in Connecticut and earned a master’s degree in public policy and urban economic development from Tufts University in Massachusetts.

Aaron Turk, right, is the former project leader at The Boston Consulting Group and holds experience 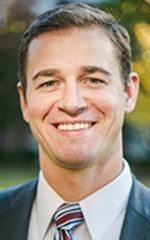 in automotive, financial services, health care, and consumer goods. Prior to management consulting, Turk served nearly 10 years in the U.S. Navy as both a naval aviator in support of combat and humanitarian missions and a foreign liaison officer at the Pentagon.

As senior executive, he will be responsible for analyzing opportunities for Detroit to attract new business investments and companies to expand or move to the city.

Turk, of Detroit, graduated from the University of Michigan with a bachelor’s in economics and holds a Master of Business Administration from Harvard Business School.