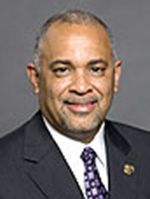 DETROIT — Mayor Dave Bing announced today that Deputy Mayor Kirk Lewis is leaving the administration to return to the private sector. Lewis originally joined the administration in May 2010 as chief governmental and corporate affairs officer. Lewis was elevated to deputy mayor in March 2012.

Lewis spent 22 years in the automotive industry in various roles before joining the mayor’s administration.

“It has been a special opportunity to perform public service and hopefully I have been able to contribute to the mayor’s transformation of Detroit. However, my background and strengths are in the automotive industry and therefore I’m looking forward to returning,” Lewis said.

“Having known the mayor for more than 40 years, I believe strongly in the direction he is moving this city. He has restored respect and trust back to the mayor’s office, and thankfully I’ve been a part of the team that has assisted him in changing the conversation about Detroit and its future.”

Bing said, “Kirk has been an important part of my business career as well as my tenure as mayor, and he has served well in both capacities. I know he has looked forward to getting back into the private sector. This opportunity is an excellent one and I wish him well.”