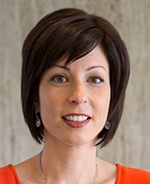 Business Leaders for Michigan and the College for Creative Studies have hired Olga Stella as the new executive director for the Detroit Creative Corridor Center. Stella currently serves as the COO of the Detroit Economic Growth Corp and will begin her new duties in January.

Stella, of Detroit, will be responsible for continuing DC3’s mission of creating a dense core district in Detroit capable of attracting and retaining talent, increasing the presence of creative industries and improving the city’s image both internally and externally.

She earned her Bachelor of Science in economics and political science and her master’s in public policy from the University of Michigan.