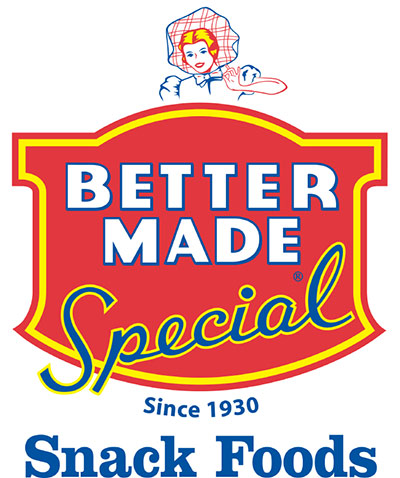 DETROIT — Founded in 1930 in Detroit as Cross and Peters in Detroit, Better Made Snack Foods is marking its 85th anniversary with the release of a new retrospective book on the company’s long history.

Still family owned and operated, Better Made products have been the home town favorites of people all over southeast Michigan, and is now expanding its distribution to the west side of the state, the Bay City area, and Up North. The snacks are also offered at The Detroit Shoppes in Troy and Detroit, Joe Louis Arena, and the Van Andel Arena in Grand Rapids.

In addition, Better Made has designed a number of collectibles donning the famous yellow and red logo for purchase on-line.

“Our entire family and staff work hard to keep bringing great tasting favorites and new products to market,” says company CEO, Salvatore Cipriano. “Our 85th anniversary is a real tribute to my father and his goal to be the greatest potato chip company ever, and being able to carry on that dream well into the future is an honor.”

“In addition to celebrating 85 great years as a Detroit favorite, there is a new historical retrospective book about Better Made written by Karen Dybis being released soon,” Mark Winkelman, president company. “The book is very well done and will be available for all at our on-line store.”