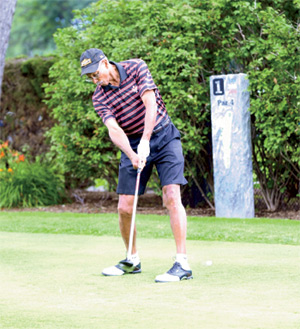 “Golf is a game I enjoy, but I don’t get to play it as much as I’d like,” says Bing, who, after hanging up his high-tops, built a successful auto-supply business in Detroit. He wasn’t able to stay for dinner either, citing the need to return to Detroit to negotiate with unions over possible pay cuts to help shrink a city deficit estimated to be between $275 million and $300 million.

Still, he says, he enjoyed the round of golf with his foursome, which included his wife, Yvette; Palace Sports & Entertainment president Tom Wilson; and newly appointed Pistons coach John Kuester.

“It was a great day,” he says, “and as much as I [would like to have] stayed for dinner, the business of running the city of Detroit comes first.”