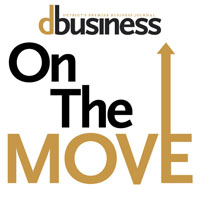 TROY —  In an effort to continue to strengthen Crestmark’s presence while rewarding employees for the instrumental roles they have played in the company’s development, Crestmark has recently promoted seven employees.  “Crestmark is proud of each of these individuals who have helped us expand and continue our support of businesses in need of working capital. We congratulate each on their success,” said Mick Goik, Crestmark president/chief operating officer.

Steven Tomasello to senior vice president.  In November 2012, Tomasello was promoted to group president of the Midwest region office in Troy. He will focus on growing the region, working on client satisfaction, and bringing further efficiencies to the region. Tomasello started with Crestmark in December 2009, and has more than 20 years of commercial finance experience, including working as chief operating officer at Rexford Funding LLC, and managing director of Great Lakes Business Credit LLC. Tomasello holds an MBA from Wayne State University and a BBA from Western Michigan University.

Ray Morandell, senior vice president, to the newly created role of national sales manager. This role includes overseeing ongoing product awareness and training for the national sales staff, working with sales administration to build consistency and common measurements, and serving as an advocate for all BDOs in establishing best practices, cross selling and supporting efforts for increasing deal flow and throughout.  Morandell served as Midwest and transportation sales manager since joining Crestmark in 2008. Previously he was the national sales manager with Textron Financial.

Larry Pearce to managing director of Corporate Joint Ventures from first vice president, underwriting manager. Pearce started with Crestmark in 2005 as vice president and has been the Midwest Region’s underwriting manager since 2007. In his new role, Pearce will be responsible for managing the credit risk, internal training and growth of Crestmark’s joint ventures. Pearce works out of the Midwest region office in Troy, and reports directly to Goik.

Damion Taylor to first vice president, portfolio manager for the Midwest Region office in Troy. In this role Taylor will continue to customize financial solutions for Crestmark clients. Taylor started with Crestmark in 2006 as an account executive, vice president, also serving a year in the underwriting department. An alumnus of Central Michigan University with a bachelors degree in finance and accounting, Taylor went on to earn an MBA in finance from Wayne State University.

Patty Oakes, assistant vice president, to account executive for the Midwest Region office in Troy. Oakes was promoted from financial analyst. She has been with Crestmark since 2007 and previously was a client analyst. In this role she will help manage accounts and continue to support the region’s Business Development Officers. She has been integral in assisting with the smooth transition of a recent acquisition.

Adam Colley, assistant vice president, to underwriter for the Midwest Region office in Troy. Colley has been with Crestmark since 2006 and previously held the role of Underwriter Analyst. He has also served as a client analyst in both the Michigan and Florida regional offices, as well as field examiner. He has an MBA in finance from Walsh College.

Kathleen Anderson-Waldropt to account executive from assistant account executive. She works out of the East region office in Boynton Beach, Fla.  In this new role she will manage customer accounts, and continue to provide support to area business development officers. Anderson-Waldropt joined Crestmark in 2010 as a client analyst. She is a Florida Atlantic University alumni with an MBA from the University of Phoenix South Florida.