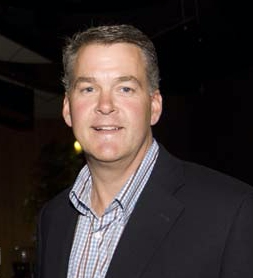 “Cranbrook is honored to welcome these new members to our board,” says Bruce D. Peterson, board of trustees chair for Cranbrook Educational Community. “They bring a wealth of leadership experience and will be invaluable in helping Cranbrook to strive for excellence.”

Ghesquiere is the president of Mercedes-Benz of Novi. He formerly served as president of the Cranbrook schools’ Athletic Booster Club, coached boys lacrosse, was a participant in the schools’ Board of Governors Development Committee, and a key donor and fundraiser for Cranbrook’s Boys Middle School. Ghesquiere was a former president of Walloon Country Club in northern Michigan. He is a Cranbrook Schools alumnus and earned his degree in economics and management from Albion College.

Ilitch is president and CEO of Ilitch Holdings Inc. in Detroit, which owns the Detroit Tigers, Detroit Red Wings, Little Caesars Pizza, Fox Theatre, Olympia Development of Michigan, and other entities. He serves on the board, executive committee, and nominating committee for Business Leaders for Michigan, the Downtown Detroit Partnership’s board and executive committee, and is also a member of the board of directors for the Detroit Economic Club. He is a Cranbrook Schools alumnus and earned his bachelor’s degree in business administration from the University of Michigan in Ann Arbor.

Tellem is executive chairman and chief media officer of Interlude/Eko. She is a former president of Xbox Entertainment Studios and CBS Network Television Entertainment Group. In 2006, Tellem was inducted into the Broadcasting and Cable Hall of Fame. She holds board and advisory positions at numerous digital and media-related companies, including Eko, Kew Media Group, Metro-Goldwyn-Mayer, [212]Media, League Apps, and Seeds of Peace. Tellem earned her bachelor’s degree from the University of California Berkeley and her juris doctorate degree from the University of California, Hastings College of Law.