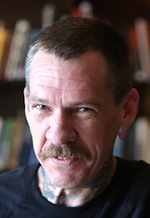 Aaron Solley has joined Craft Work as the new head chef of the Detroit-based restaurant and bar.

Solley returns to Detroit after spending seven years in Portland, Ore. as co-owner and head chef of the James John Café. Before moving out west, Solley worked in various kitchens in metro Detroit including Opus One, Tribute with the renowned Takashi Yagihashi and Michael Laiskonis, Papa Joe’s Gourmet Market, and Morel’s.

He graduated from Western Culinary Institute in Portland.

Also, recently promoted to sous chef is Stephen Schmidt,  who has been a cook in metro Detroit for more than 10 years. He began his career at the Rattlesnake Club under his father Jimmy Schmidt and has learned his craft throughout the Detroit area.