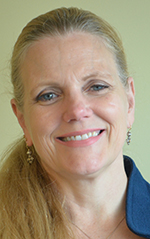 Gibson also worked at the St. Louis Pavilion Marriott, Livonia Marriott, Detroit Renaissance Center, and Detroit Courtyard. She also was manager of Seldom Bue in Detroit. Most recently, Gibson was director of hotel operations at the Marina Del Rey Marriott in California.

Gibson earned a degree in communications from the University of Minnesota.