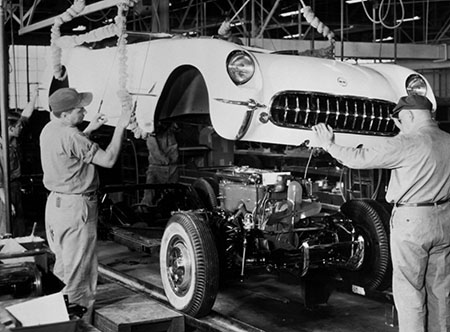 BOWLING GREEN — Sunday marks the 60th anniversary of Chevrolet’s Corvette, an iconic American sports car. The first Corvette went into production in Flint, Mich. on June 30, 1953. Since then, through high quality performance and technology, Corvette has become a household name.

“During the past six decades, the Corvette has been woven into the fabric of American culture, as the sports car of choice for movie stars, musicians and astronauts,” said Chris Perry, vice president, Chevrolet Marketing. “The very best Corvettes represent the state-of-the-art for their eras in terms of design, technology and performance.”

Here are some key facts highlighting 60 years of Corvette history: