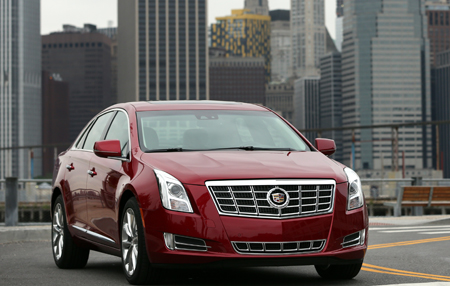 DETROIT — Leading automotive companies are beginning to believe in the global economy again, but have yet to fully commit to implementing aggressive growth strategies, according to Ernst & Young’s seventh Capital Confidence Barometer for the automotive industry.

Of the 147 automotive executives surveyed, 52 percent view the global economy as improving — up from just 22 percent six months ago. And 63 percent report a positive sentiment for global economic growth, the highest level in two years and almost triple that of six months ago.

In addition, 83 percent of respondents expect growth in the global economy in the next 12 months, leading 45 percent of companies to plan for the hiring of new talent in 2013 — up from 22 percent in October 2012.

Conducted by the Economist Intelligence Unit, the Ernst & Young Capital Confidence Barometer is a bi-annual survey of senior executives from large companies around the world.

“Credit availability continues to improve and corporate cash balances remain high, but the barometer shows that while executives are trending toward an investing agenda, most are keeping it low risk,” says Jim Carter, advisory leader for Ernst & Young.

While 54 percent of respondents feel credit availability is improving — the highest level in two years — more than half point to cash as the primary source of deal financing over the next year. This is another indicator of the cautionary mindset many executives in the industry have.

Seventy percent of respondents expect global deal volumes to improve over the next 12 months; and 33 percent expect their own company will pursue one or more acquisitions in the same timeframe. This is largely driven by the availability of higher quality opportunities and an appetite for growth amidst stabilizing production volumes. Almost four out of five executives expect these deals to be greater than $50 million.

But while companies appear poised for growth, many are still relying on the organic growth plan and cost-control strategies that saw them through the worst part of the economic crisis.

“The current generation of corporate leaders has been rewarded for its conservative instincts, but we may be nearing the point where this sustained caution itself becomes risky,” adds Carter. “Valuation levels and sentiment suggest there is a window of opportunity to seize first-mover advantage in a market gaining momentum.”