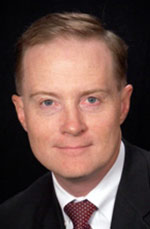 Frisbie brings extensive operational expertise, including more than 20 years of automotive industry experience, to his new role at Cooper Standard. At Visteon Corp., he held various director positions in a number of business units, most recently serving as the director, global total value management. Earlier, he spent more than 20 years at Ford Motor Co. where he held progressively responsible roles in the United States, Canada, Mexico and England. Prior to his departure from Ford, he was responsible for all aspects of a Shingo Prize winning UAW plant and achieved record level improvements in cycle time and cost reduction through lean manufacturing techniques.

He most recently served as executive vice president, global operations at CareFusion where he was responsible for world-wide manufacturing operations across multiple manufacturing sites and distribution centers. Previously, he held operational positions within the medical, and oil and gas industries at Smiths Medical, Vetco-Gray and Medtronic. Frisbie started his career at Atlantic Richfield Company as a process design engineer.