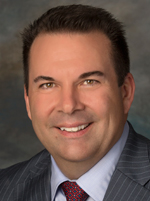 NOVI — The Board of Directors of Cooper-Standard Holdings Inc., the parent company of Cooper Standard Automotive, a leading global supplier of automotive sealing, fuel and brake and fluid transfer systems, has appointed its Chief Executive Officer Jeffrey S. Edwards, to also serve as chairman of the board of directors. Edwards succeeds James S. McElya, who retired as a director of the company on May 9, and had earlier retired in October 2012 as the company’s chief executive officer.

“Jeff’s appointment by the board to serve as chairman recognizes and will complement his impressive leadership as the company’s chief executive officer,” said David J. Mastrocola, the lead director.  “The board greatly appreciates Jim McElya’s long and distinguished service with Cooper Standard.”