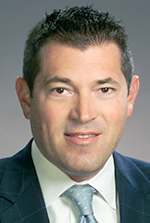 Tischler will work within the firm’s restructuring practice, fostering client relationships and business development.  With nearly 15 years of experience in senior level positions within the banking industry, Tischler most recently served as senior vice president of Fifth Third Bank. He also held a senior level role in the bank’s credit department. Additionally, Tischler held senior positions in the bank’s special assets group including oversight for a high performing team focused on the bank’s largest risk exposures.

He is a member of the American Bankruptcy Institute and the Turnaround Management Association and serves on the board of trustees of Jewish Vocational Services of Metro Detroit and on the Investment Committee for both Grow Michigan and Invest Detroit.

Tischler, of West Bloomfield, earned his Bachelor of Business Administration in finance from Eastern Michigan University.