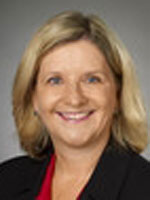 JACKSON — Laura H. Wright, former senior vice president of finance and chief financial officer of Southwest Airlines, has been elected to CMS Energy’s board of directors. Wright also is joining the board  of Consumers Energy, the principal subsidiary of CMS Energy.

Wright will serve on the audit committee and finance committee for both boards.

Wright now serves as a consultant to Southwest Airlines. She also is a member of the Board of Trustees for the Pebblebrook Hotel Trust.

Wright, a certified public accountant, is a member of the Financial Executives Institute and the Texas Society of Certified Public Accountants. She holds a bachelor’s degree and a master’s degree in accountancy from the University of North Texas.

CMS Energy (NYSE: CMS) is a Michigan-based company that has an electric and natural gas utility, Consumers Energy, as its primary business and also owns and operates independent power generation businesses.