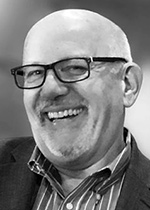 Daryl Clasen has been promoted to senior vice president and managing director of Farmington Hills-based Competition Graphics, a supplier of automotive and motorsports graphics and corporate identity services. He previously was vice president of account services.

Clasen, of Commerce Township, will create, communicate and implement the organization’s vision, mission and overall direction of the firm. He will also direct the growth of the company and oversee sales and the development of new business, while managing staff, client services, production and finances. He will also have a leadership role at J. R. Thompson, a sister company.

Previously, Clasen worked at Roush Industries in Allen Park as a orogram coordinator and was operations manager at Roush Racing in Livonia. He also  worked at McLaren North America in Farmington and Plymouth Steel Corp. in Warren.