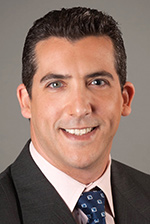 Comcast has promoted Craig D’Agostini to vice president of government affairs for Michigan, Indiana, and Kentucky.

Based in Plymouth, D’Agostini will oversee all government and community affairs across the three-state region which serves more than 1.5 million customers and has more than 4,000 employees. His responsibilities include overseeing franchise and regulatory compliance and managing community investment initiatives, including the company’s low-cost, high-speed Internet service to eligible low-income families.

D’Agostini has more than 15 years of experience in the telecommunications and cable industries. Most recently, he served as senior director of government affairs for Comcast in Houston. Prior to joining Comcast, he worked as a manager of franchising and regulatory affairs for Time Warner Cable’s Houston division.

D’Agostini earned a Bachelor of Arts degree in telecommunications from Indiana University and a juris doctor from New York Law School.