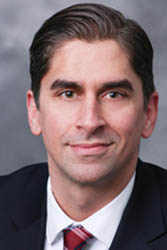 Braun is a member of the Defense Research Institute and Macomb County Bar Association.  He serves as the chairman of the Nominating Committee for the American Lung Association of Midland States.  He previously served as the association’s chairman of the Regional Leadership Council from 2010-2013.