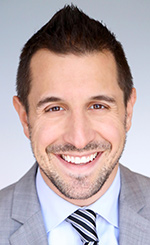 Cooper will be responsible for local and statewide community outreach, programs and philanthropic activities in Michigan as well as Ohio, Illinois, Pennsylvania, New Jersey, Delaware, and New York.

Cooper brings more than a decade of experience to his new role. He previously served as director of the office of manufacturing and industry for the City of Philadelphia’s Department of Commerce where he coordinated industrial development activities and oversaw the implementation of the Manufacturing Growth Strategy for Philadelphia. He also spent more than five years with the Philadelphia Industrial Development Corp. where he most recently served as vice president and industrial market manager. He also worked as an analyst with the School District of Philadelphia.

He is a graduate of Penn State University and has a master’s in public administration from Widener University in Chester, Pa.