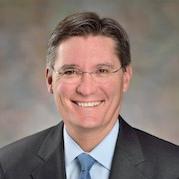 “Jack is a strong and capable leader with a deep understanding of the banking needs of small and medium-sized businesses,” says Conner. “He has a long track record of helping companies optimize their financial performance. We welcome Jack to this new role and look forward to his leadership as we continue to grow this important business.”

In his previous role at Citizens Bank, Murphy served as head of business banking sales and managed more than 400 bankers and contributed to the evolution and growth of the business. He joined Citizens in April 2016 from Santander Bank where he held several executive positions in global banking, auto finance, and SME banking.