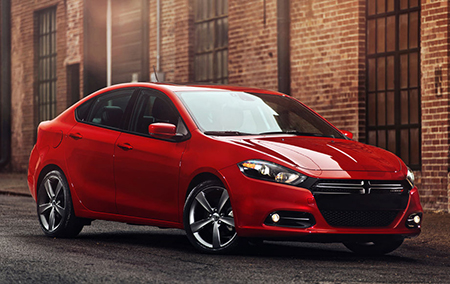 AUBURN HILLS — Chrysler Group LLC today announced that it would invest $52 million in its engine plants in Trenton and Dundee, Mich., to increase capacity of the Tigershark engine, creating nearly 298 new positions at the Trenton plant.

Trenton North will receive $11.5 million to add an assembly line for the four-cylinder Tigershark engine. With a $40.5 million investment, Dundee will convert a line to machine cranks, heads and blocks to support Tigershark production at Trenton.

The Dundee Engine Plant will continue to assemble the Tigershark engine, alongside the 1.4-liter FIRE engine and the World Gas Engine.

“With the growing demand for our products, we are constantly evaluating how to best meet powertrain production requirements,” said Brian Harlow, Vice President and Head of Powertrain Manufacturing. “In this case, we are fortunate that we had an existing facility that could accommodate the additional capacity needs for Tigershark and one that has the know-how to support that additional production.”

The new Trenton Tigershark line as well as the Dundee line conversion are expected to begin production by the end of the third quarter.

“The UAW is pleased that Chrysler Group continues to invest in its facilities and add good paying jobs,” said General Holiefield, UAW Vice President and Director of the Chrysler Department. “This is what can happen with dedication, commitment and a focus on delivering quality products to our customers.”

The Dundee Engine Plant, built in 2004, is owned by Global Engine Manufacturing Alliance LLC (GEMA), a wholly-owned subsidiary of Chrysler Group that was formerly a joint venture between Mitsubishi Motors Corporation, Hyundai Motor Company and DaimlerChrysler Corporation. In December 2009, Chrysler Group announced a $179 million investment to launch production of an advanced technology, fuel-efficient 1.4-liter engine for the North American market, a collaboration between Chrysler Group and Fiat powertrain groups. In October 2010, the company announced an additional $150 million investment to expand capacity and prepare the plant for production of future engines. Production of the 1.4-liter engine began in November 2010. Production of the 2.0-liter Tigershark DOHC began in March 2012. A second shift of production for the FIRE engine was added on Aug. 6, 2012.