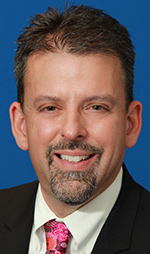 The Children’s Hospital of Michigan, a part of the Detroit Medical Center, has named Eric D. Hess has been appointed as its new chief operating officer.

Hess has extensive project development experience, including the design and building of an all-digital campus that garnered national recognition for its family-centered care provisions and environmental sustainability. Prior to the Children’s Hospital of Pittsburgh, Hess was a senior manager in healthcare consulting with Deloitte.

Hess, a Certified Public Accountant, has a Bachelor of Science in accounting from Indiana University of Pennsylvania.