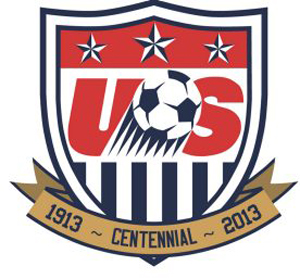 SEATTLE — Chevrolet and the United States Soccer Federation have agreed to a three-year sponsorship deal today that makes Chevrolet the Official Partner of U.S. Soccer and helps the brand leverage the sport’s surging popularity in the U.S., where a soccer player lives in 30 percent of households.

“As fans well know, soccer is much more than the world’s favorite sport; it’s a communal experience and way of life,” said Molly Peck, director of Chevrolet Advertising and Sales Promotions.

“Our new U.S. Soccer partnership complements Chevrolet’s Global Soccer footprint that includes Manchester United and One World Futbol Project sponsorships. By bringing our customers closer to these initiatives, we’ll share the love of soccer all over the world, whether it’s parents driving youngsters to a Chevy Youth Soccer team practice, transforming the lives of children around the world through the power of play, to cheering on favorite teams at the FIFA World Cup next year in Brazil.”

U.S. Soccer, which is celebrating its first 100 years throughout 2013, is the governing body of all forms of soccer in the country and manages numerous teams that compete globally and regionally year-round, including the U.S. National Men’s and Women’s Teams, Youth National Teams, Men’s and Women’s Olympic teams and the Development Academy with 80 elite youth clubs throughout the U.S. Its sanctioning authority strengthens the grassroots Chevy Youth Soccer program, which involves nearly 1,000 dealers and 850,000 youth throughout the U.S.

“Chevrolet has an impressive history as a global brand and we’re excited to begin this partnership,’ said U.S. Soccer President Sunil Gulati. “We are looking forward to working closely with such a committed and supportive company across all of our National Teams, especially our Youth National Teams and Development Academy.”

Through the Founding Sponsorship of One World Futbol Project, Chevrolet is donating 1.5 million virtually indestructible One World Futbols to youth in war-stricken zones, refugee camps, disaster areas, and underprivileged communities around the world.  The One World Futbol never goes flat and never needs a pump, even when punctured, providing endless play to children who need it most.

Already the No. 1 sport in the world, soccer’s popularity in the U.S. is growing, especially among coveted millennial consumers — those aged 12-24 — ranking second only to the NFL. Many of these 80 million Americans grew up playing youth soccer. The expansion of social and digital media also has allowed American soccer fans to stay abreast of overseas leagues, teams and players and be part of global communities.

Last year, Chevrolet announced a deal that made it the Official Automotive Partner of Manchester United — one of the most widely supported football teams in the world. Beginning in 2014, the Chevrolet bowtie will appear on Manchester United jerseys for seven years.