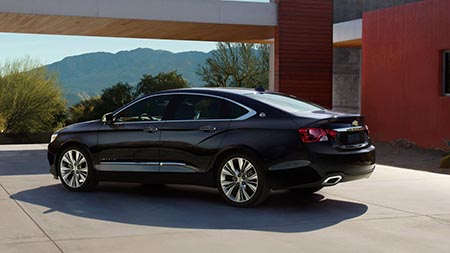 DETROIT — Chevrolet sold a record 2.5 million vehicles around the world in the first six months of 2013, up 1.4 percent over the same period in 2012, and achieved its 11th-straight quarter of increased sales on the strength of new products like the Onix subcompact car in Brazil, Impala full-size sedan in the United States, and Colorado midsize pickup in southeast Asia.

Overall, General Motors Co. posted sales of more than 4.85 million vehicles in the first half of 2013, an increase of nearly 4 percent over the same period in 2012.

“Chevrolet is in the midst of the most aggressive new product roll-out in the brand’s history,” Alan Batey, senior vice president of Global Chevrolet, said. “The continued sales growth around the world is a result of a focused effort to strengthen Chevrolet’s presence in developing markets as well as its relationship with consumers by offering the right products, technologies, and world-class customer service.”

In the United States, Chevrolet’s small car lineup continues to attract new customers to the brand. Sales of the Sonic, Spark, Cruze, and Volt combined were up nearly 25 percent in the first half of 2013.  Full-size truck sales also increased 23 percent over the same period and dealers are delivering the all-new Silverado to eager consumers at a rapid pace, averaging only 10 days on dealer lots.

Chevrolet sales in China rose 6.1 percent to nearly 322,000 units, fueled by strong sales of the Sail, Cruze, Malibu and Captiva.

The top five Chevrolet sales markets in the first six months of 2013 were:

GM first-half 2013 sales in North America were up nearly 8 percent and nearly 7 percent throughout its international operations. GM achieved a sales record in China with a 10.6-percent increase to more than 1.5 million units.