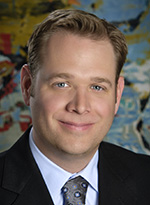 Farner will give the famous command, “Drivers start your engines,” prior to the first-ever Izod IndyCar Series doubleheader in Saturday’s Chevrolet Indy Dual in Detroit presented by Quicken Loans. He will also be featured in numerous pre-race ceremonies and activities during the Grand Prix’s busiest on-track day.

There will be a total of three races run on the 2.36-mile Raceway at Belle Isle Park street circuit on Saturday, including the first of two races for the Pirelli World Challenge Series, the Grand-Am Rolex Sports Car Series race, and the first of the two Izod IndyCar Series races in the first Chevrolet Indy Dual in Detroit presented by Quicken Loans. In addition, Poison lead singer Bret Michaels will rock the MotorCity Casino Hotel Entertainment Stage at 6 p.m. to close out the full day of action.

“The Chevrolet Detroit Belle Isle Grand Prix is committed to Detroit and Michigan and we are honored to have Jay Farner represent our event as its Grand Marshal on Saturday,” said Bud Denker, chairman of the Chevrolet Detroit Belle Isle Grand Prix. “Quicken Loans and Jay Farner are helping to lead the revival of Detroit and we applaud their efforts. With all they have done and continue to do for the city, we know that Jay is a perfect person to serve as Grand Marshal and help us celebrate the opportunity to showcase Detroit on a truly global stage at the Grand Prix.”

Farner joined Rock Financial in 1996 and quickly established himself as a natural leader in the company. He was later promoted to Vice President of Web Mortgage Banking in May 1998 and helped to establish Quicken Loans as the largest online lender in the country.

Quicken Loans employs more than 10,000 team members and earned the highest rating for customer satisfaction among all U.S. home loan lenders in a study by J.D. Power and Associates in 2010, 2011, and 2012. The company ranked in the top 10 of FORTUNE Magazine’s “100 Best Companies to Work For” in 2012, placing among the top 30 companies on FORTUNE’s list for the past 10 years.

“It is an absolute honor to serve as the Grand Marshal for the Grand Prix,” Farner said.  “Our city will be on center stage to the world this weekend, and I look forward to doing my part to not only kick-off the race, but also open some eyes to all the amazing things we have going on here.”

In addition to his work for Quicken Loans, Farner serves as a board member for the Karmanos Cancer Institute in Detroit and as the Chair of its Marketing Committee. He is also a board member of the Metropolitan Detroit YMCA. Farner resides in southeast Michigan, with his wife Wendi and their three children.