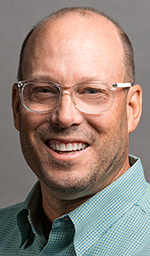 Hundhammer will lead the strategic account team and drive the overall strategic sales plan across all channels of distribution. His primary responsibilities will include expanding the business through deeper partnerships with existing channel partners, as well as exploring future business development opportunities.

Hundhammer has a background in sales leadership having managed and developed high performing teams over a 30-year career. Prior to Carhartt, he worked for Nike Inc. in several strategic sales leadership roles including the strategic account director for Foot Locker. Prior to Nike, Paul was the vice president of sales for VF Corporation’s licensed business and he has also managed professional athletes for the Mizuno and Easton brands over his career. Most recently, Paul served as the senior vice president of sales for Event Network, a retail company that operates retail stores on behalf of many of North America’s finest cultural attractions.

Hundhammer earned his Bachelor of Science in education from the University of Miami. He also had a career in professional baseball, competing for the Boston Red Sox minor league system from 1981-1985.