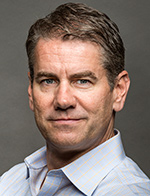 In this role, Lauter will be responsible for driving and scaling the company’s global brand presence in continued service to the consumer. He will oversee the operations, merchandising and marketing for the ecommerce team. He has a background in ecommerce, digital marketing and operations, and has held many executive-level positions across Fortune 500 and successful early-stage companies.

Most recently, Lauter was the president of Decluttr, where he was responsible for the launch and ongoing operations of Entertainment Magpie Inc., a recommerce company. Prior to his work with Decluttr, Lauter was the managing director of digital and e-revenue for the American Cancer Society. He also worked with Wine.com, The Home Depot, GMAC Insurance, and Universal McCann.

Originally from Atlanta, Lauter earned his Bachelor of Arts in marketing from the University of Georgia.