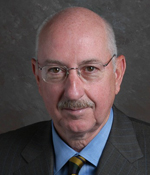 DETROIT — Butzel Long attorney David F. DuMouchel has been appointed as a voting member of the U.S. Sentencing Commission Practitioners Advisory Group. He is among 11 people named to the federal circuit courts and will represent the 6th Circuit based in Cincinnati. His term ends in October 2014.

He is a recipient of the prestigious Leonard Gilman Award from the Federal Bar Association as the outstanding criminal law practitioner in the Eastern District of Michigan and has been named by Best Lawyers as the “2010 Detroit Criminal Defense:  White-Collar Lawyer of the Year.”  Only a single lawyer in each specialty in each community is honored as the “Lawyer of the Year.”

DuMouchel has been listed in each Best Lawyers edition for the last 30 years, up to and including the most recent. He also is listed in Chambers USA: America’s Leading Business Lawyers, and in Michigan Super Lawyers.

He is a frequent speaker on internal corporate investigations and federal criminal procedure matters. DuMouchel is a Fellow of the American College of Trial Lawyers, an organization limited to 1 percent of the trial lawyers in a state by invitation; serves as a member of the Criminal Procedure Committee; and, is a Fellow of the International Society of Barristers. DuMouchel served as the first Chairman of the State of Michigan Attorney Grievance Commission