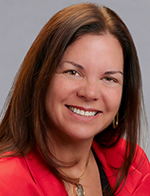 DETROIT — Butzel Long, one of Michigan’s leading law firms, is among the most active law firms in local business and civic events and organizations. Among the Butzel attorneys is attorney and shareholder Beth S. Gotthelf, who is in her 10th year at the law firm and is one of the state’s most active and involved attorneys.

Beth Gotthelf has been appointed as the firm’s first director of innovation and external Relations, according to Butzel Long President and Managing Shareholder Justin Klimko.

“Beth is well known and recognized for her tireless efforts with numerous organizations and events and has long been a superb representative of Butzel Long,” Klimko said. “We are proud of the active role we have forged over the years. Beth has been an important representative of Butzel Long and is an influential player in the southeastern-Michigan community. Her new position reflects her key role in how we relate to the communities we practice in and how we better integrate our firm into those communities.”

Gotthelf represents and counsels a diverse mix of clients. She also is chair of Butzel’s Aerospace and Defense Industry Team and co-chair of the Energy and Sustainability Practice Team.

Recently, Gotthelf became an executive-in-residence with the Macomb-OU INCubator. She serves on the board of directors of the Better Business Bureau and has been appointed to its executive committee. Gotthelf is vice president of the executive council of the Michigan Israel Business Bridge. She has been very active in bar associations, including in the State Bar of Michigan, Environmental Law Section, where she served as past chair. She is former vice chair of the American Bar Association section of Natural Resources, Energy and Environmental Law, Water Quality and Wetlands, and former vice chair of the Keystone Committee. She is past chair of the Environmental Law Committee of the Oakland County Bar Association and is a past member of the State Bar Representative Assembly on behalf of Oakland County.

She served on the Detroit Regional Chamber of Commerce Leadership Committee for Transportation, and is former chair of the Chamber’s Task Force on Water and Sewer Issues. She is a fellow of the Michigan State Bar Foundation.

Gotthelf is chair of the Brownfield Redevelopment Authority. She is former co-chair of the Building Owners and Managers Association Legislative Action Committee. Gotthelf was on the Federal Advisory Committee charged with recommending stormwater rules and served as a director of the Detroit Area Commercial Board of Realtors, which covers the state of Michigan. She serves as an arbitrator for the National Arbitration Forum.

Her charitable activities include serving as past president of the board of trustees for the National Multiple Sclerosis Society, Michigan Chapter; chair of the board of trustees of Oakland Plus Foundation; trustee of the Jewish Vocational Services; member of the Jewish Federation of Metropolitan Detroit, State Government Relations Oversight Committee; former member of the Board of Directors for the University Cancer Foundation; and, member of the Seymour Gill Financial Women’s Advisory Board.

She has received several awards and special recognitions, including as an emerging leader by the Detroit Regional Chamber (2003); the National Association of Metal Finishers (2002); Corp! Magazine as one of “Michigan’s 95 Most Powerful Women” (2002); Corp! Magazine’s “Top 10 Business Attorneys for Southeast Michigan” (1999); and Crain’s Detroit Business’ 40 Under 40 in1994.